YEAR OF THE MONKEY by Patti Smith

When Graydon asked me—Patty Smyth—to review the new book by Patti Smith, I knew the time had finally come for this reckoning. I knew we must meet on the printed page, me and the person I’m constantly mistaken for, whose mail I’ve been receiving since I was 17 and living in the East Village. In the late 70s only our mail crossed paths—we never met in person. I was not part of the punk-art scene, although I did have a brief marriage to one of its godfathers.

Patti’s new book, Year of the Monkey, is about her 69th year, a journey that speaks to many of us—those with more years behind us than in front. She walks a lot through old and new haunts, reflecting on her relationships and trying to navigate this terrain of wisdom and loss that is called life as we get older.

The book starts out on New Year’s Eve 2016, after a long, late-night drive from San Francisco to Santa Cruz. She was supposed to make the drive with her old friend Sandy Pearlman, the music producer and journalist, but he’d suffered a cerebral hemorrhage two nights before and was in a coma. Patti paints the Santa Cruz days and nights with words that make you feel the fog, hear the seals barking. You can smell the ocean and see the run-down joints she visits.

There are Polaroids that sort of go along with the chapters. Where I get lost is when Patti goes into her dream states or hallucinations—for instance, the neon sign at the Dream Inn starts talking to her, or she has a conversation with imaginary creatures. At the same time, reading the book makes you want to pack a rucksack and slip quietly out your front door to trace her footsteps and lose yourself in her world, both real and imagined.

One friend Patti speaks of often is Sam Shepard. She writes beautifully and tenderly about sleeping on the couch at his place in Kentucky, listening to the sounds of him breathing and the night outside. Patti helped Sam write his final book, Spy of the First Person. She recounts how, when he can no longer write, she does it for him; she describes seeing his guitar in the corner on its stand—at the ready, but never to be played by him again. She is losing him little by little.

Ayers Rock, the sacred sandstone monolith in Central Australia, also comes up a few times. She and Sam were supposed to visit but never made it together. Did she ever go? Or is that a dream, too? I’m not sure. What I do know is, when Patti Smith writes about her travels, it feels as if you are a fly on the funky wall of her rooms, watching her slip in and out of reality.

Sam comes up again toward the end of the book. She reflects on their relationship and writes about the present and her fear of a future without him—things we don’t think about before a certain age. She writes about Sam living with his sister in Northern California, and the way she describes his sister’s devotion and love is simple and moving. You can feel his decline—the silence, the inevitable. Yet every day they work, because that’s what he has always done and will do until the end. Which is coming fast. Patti keeps moving through it all, something she has always done.

The 2016 election is mentioned in the book, hanging like another dark cloud over this Year of the Monkey. As Patti turns 70, a year has passed since Sandy Pearlman died, having never regained consciousness. She writes about 2016 with resignation, still in shock when January comes and the inauguration actually happens.

Patti slips in and out of dream states as she writes. If only the death of her friends and the election were also dreams. She writes about her brother, Todd, someone you could depend on for anything, except staying alive. Then she’s in Virginia talking to some guy named Ernest. But it’s just another dream—isn’t it? Maybe, a dream is in the eye of the reader.

Any way you look at it, the Year of the Monkey was a challenging year. A year of restless wandering and saying good-bye to the world as Patti knew it, and maybe as we knew it, too. 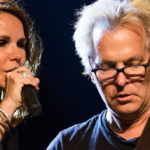 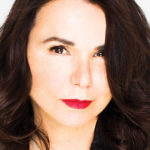